Original material and role-plays for trainers and organizations

Mediation is a structured negotiation process where a
third neutral party, the mediator, assists the parties involved to reach a mutually acceptable solution

Eleni is affiliated with:

MEDIATION IN CIVIL AND COMMERCIAL CASES

Mediation services are provided to a variety of civil and commercial disputes in Cyprus and Greece, in accordance with the respective national legislation.

Mediation services are provided in business disputes between businesses established in different countries, in accordance with the European code of Conducts for Mediators.

Many opportunities to reach a profitable deal are often lost because the parties cannot detect and communicate their needs properly, or cannot yet trust each-other with confidential information. The deal facilitator is a neutral third party that the interested parties trust, who will coordinate their negotiations and help them reach a deal. 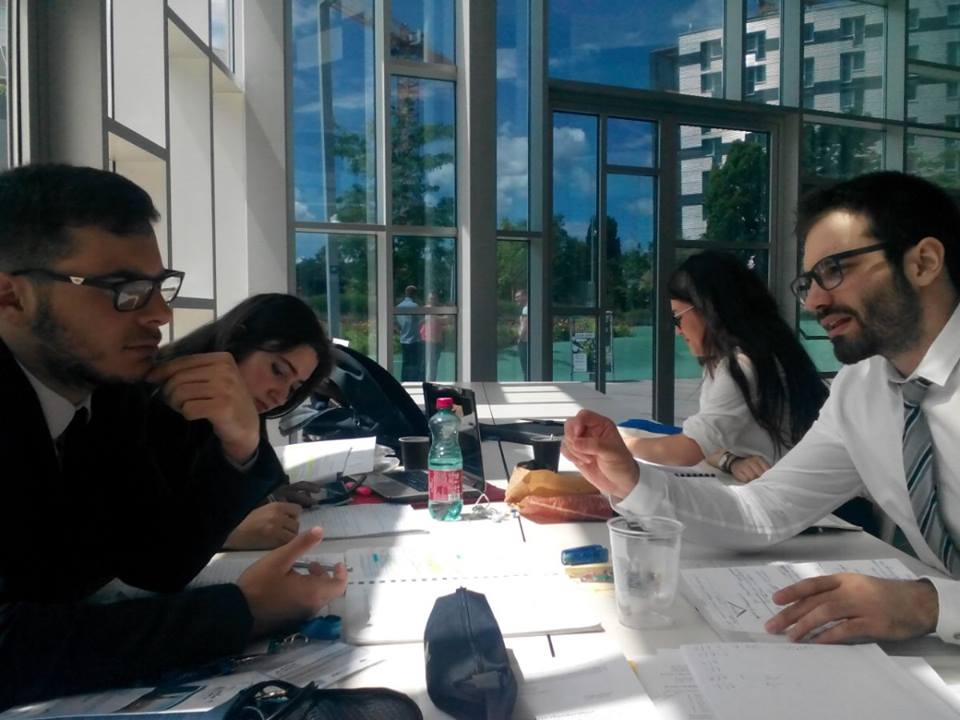 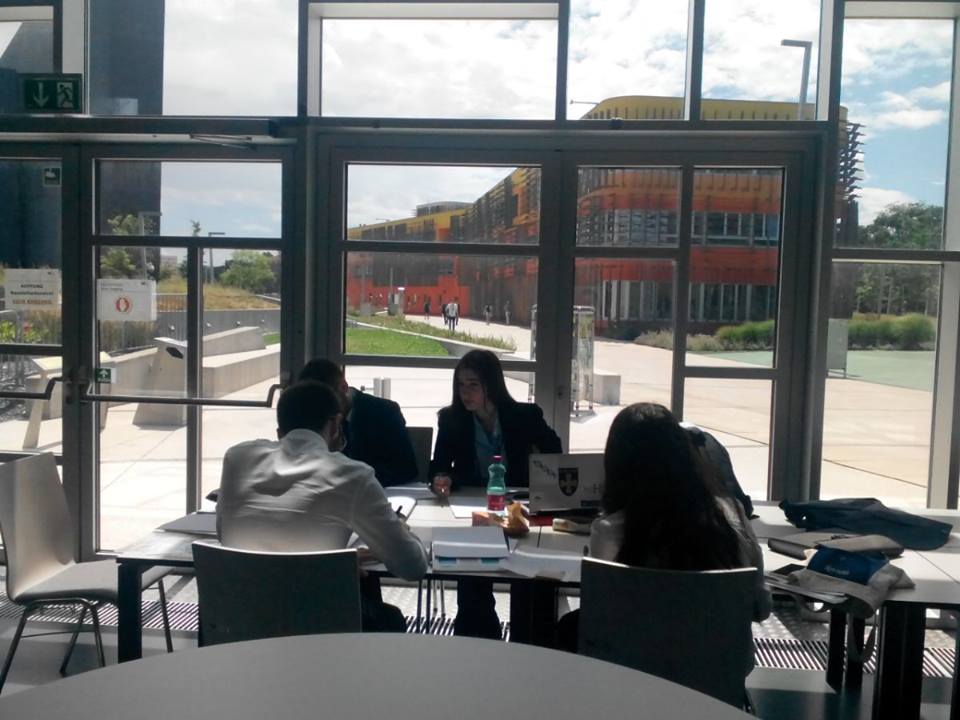 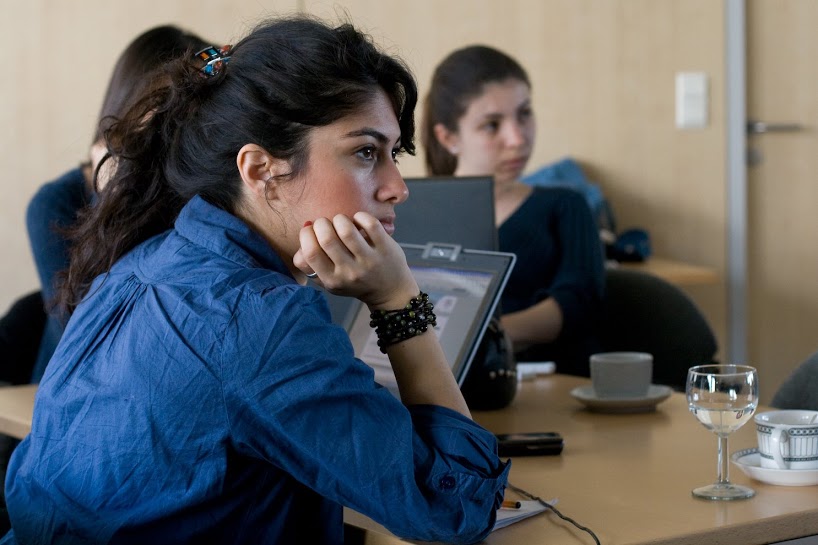 Negotiation trainings meeting the specific needs of your organisation

Negotiation is a skill that can be taught and practiced. Almost every department of a company (sales, HR, management) negotiates on a daily basis, aiming at efficiency and quick results.
We design trainings according to the specific needs of your company and your industry which can be provided either inhouse, or in collaboration with institutions.

TELL US WHAT YOU NEED 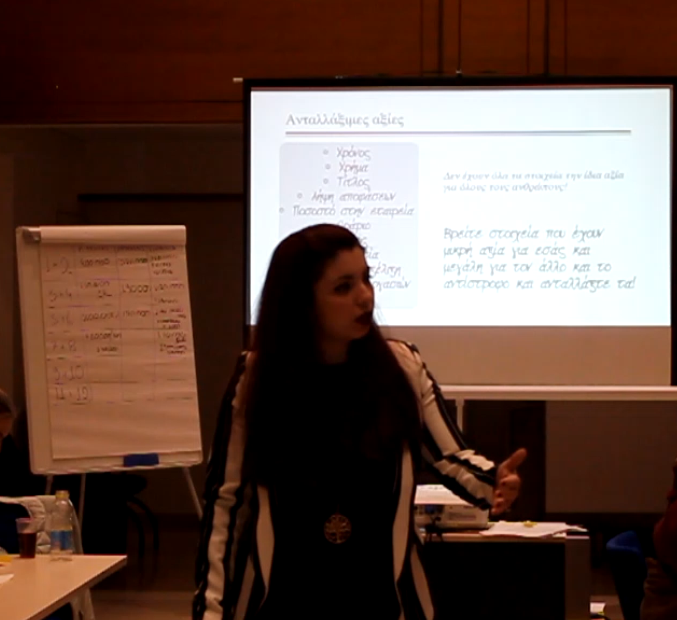 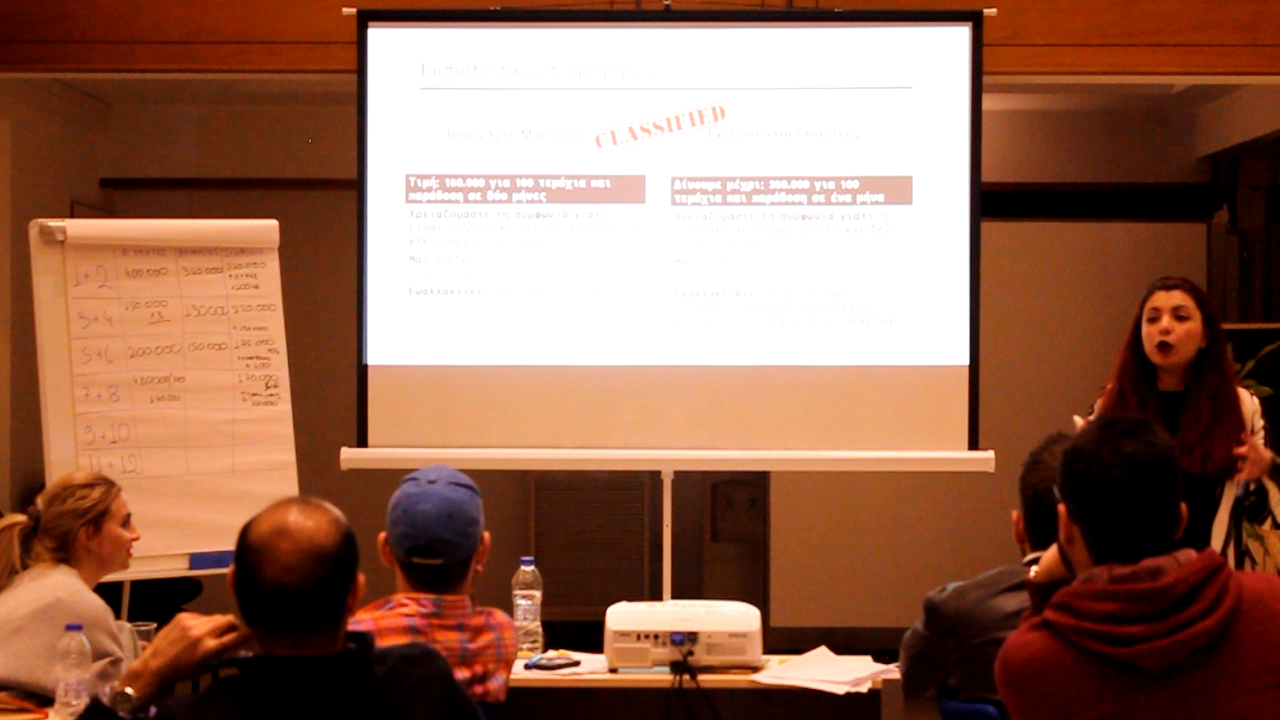 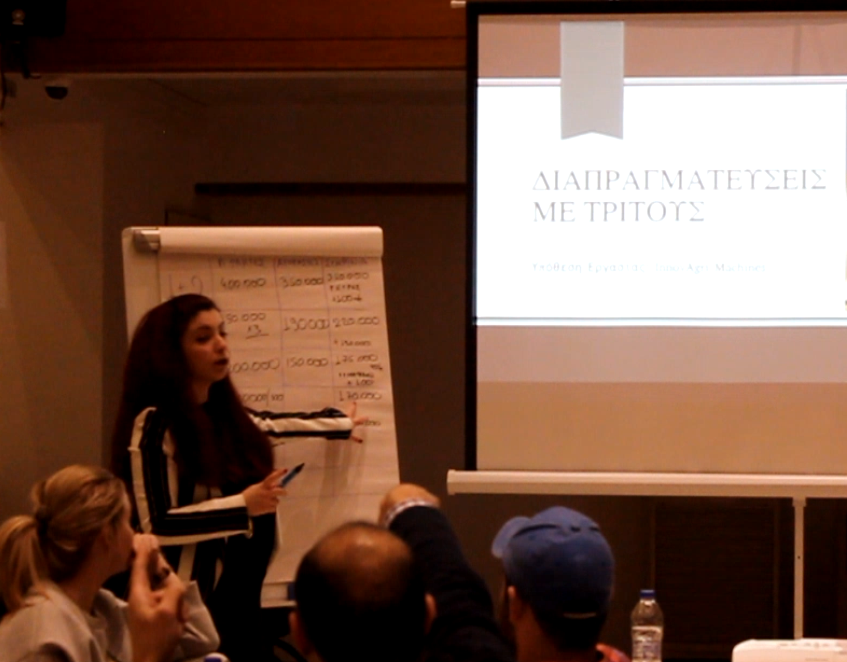 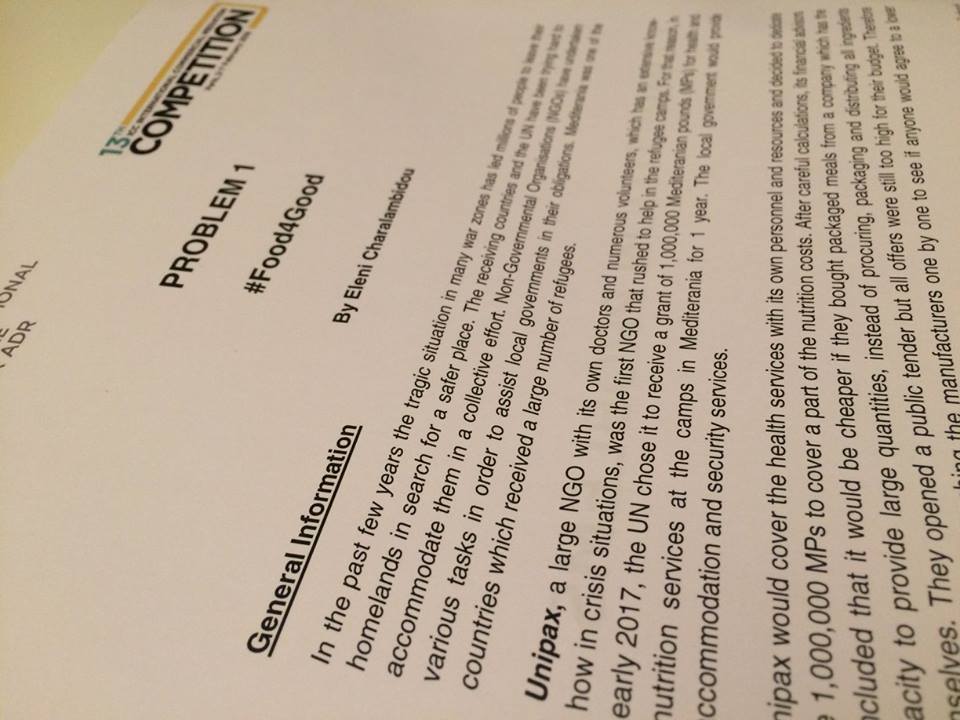 The most important element of an interactive skills training is the material used to make the trainees practice under realistic circumstances.
We provide custom made drafting of original cases and problems for educational purposes, based on the specific needs of each training, accompanied by commentary and step-by-step guidelines for the trainer.
By clicking on the link below, you can download the general information of a sample case which was originally written for the INADR mediation competition in Athens in 2016. If you want to use this case, or you want to receive more cases, please contact us through the form below.

What our Participants Say

Following every training, we gather anonymous feedback from the participants in order to ensure the quality of the services provided. 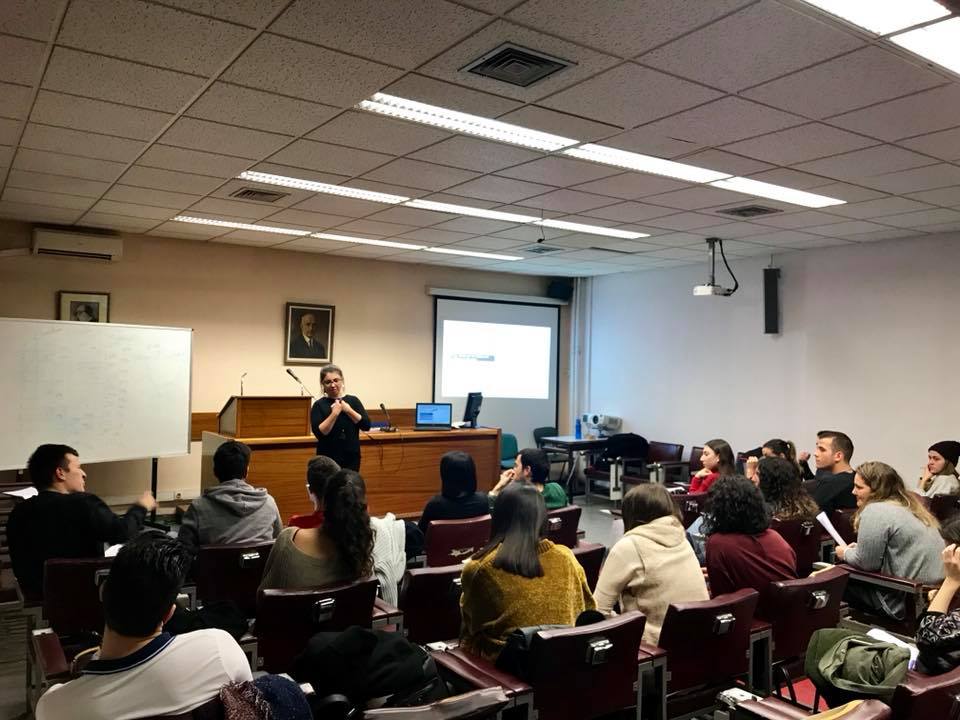 “One of the most useful masterclasses I have attended; very professional presentation”

“Super interactive, really educative
and to the point” 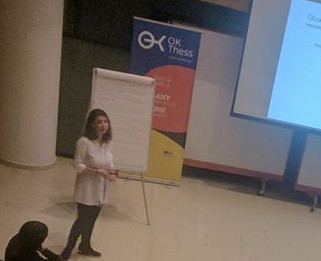 Eleni is a Mediator, a Deal Facilitator and a Negotiations Advisor working in her home countries, Cyprus and Greece, and internationally. She holds an MA in Diplomacy from the University of Nottingham where she specialized in International Mediation in Armed Conflict Situations and an LLB (Hons) from the Aristotle University of Thessaloniki. She has received extensive training in negotiations and international dispute resolution techniques from various institutions in the United States (including Stanford University), the UK, the Netherlands (including the Clingendael Institute of International Relations) and Greece. In 2019 she received the Weinstein JAMS International Fellowship and spent time in the US as an international dispute resolution professional.
Eleni is :
-the Head of the Cross-Border department of ADR point and an international mediator at the Global panel of ADR Center;
-a trainer of mediators at the Athens Mediation Training Center (founded by the Athens Bar Association) since 2015, having trained more than 1000 accredited mediators;
– a negotiation & conflict resolution trainer, and a dispute system designer, having worked with various companies and institutions;

Eleni has a background in Law. Before turning into a full-time ADR professional she was a lawyer admitted in the Bar of Thessaloniki and a legal translator, working with the Court of the European Union and international translation companies. She speaks Greek, English, French and Spanish. 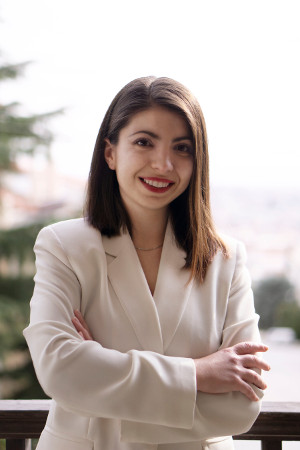 We are just an e-mail away!

Please fill in the form if you want to ask a question, get a quote, or use training material.